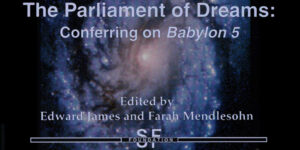 So our discussion about the collection “The Parliament of Dreams: Conferring on Babylon 5” was pushed back a week because of Tim’s work commitments. Without Tim’s input, I don’t think the discussion would have been as lively as it could have been, so I made the executive decision to push for one more week.

But the SF Foundation has given us permission to give you all a gift.

It’s taken longer than anticipated, but the random Babylon Podcast quotes are back in action (see the top of the sidebar).

Thing is, there isn’t a hearty collection of our one-liners, outtakes and gaffes just yet.

Earlier this month, Rowan Kaiser began a rewatch and review of Babylon 5, beginning with the pilot episode, “The Gathering”. His comments led to us having a discussion about Stewart Copeland’s original score, and from there we continue to have more fun talking about one of our all-time favorite shows.

We’ll be taking the month of June off as a hiatus, but we plan to be back on the live stream recording new shows on Wednesday, July 11 2012. 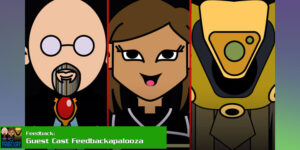 Feedback: Tim, Jeremy and special guest Michael Dymond (Stormknight) tackle the second batch of voicemails, and it’s 100% Neil from Bowie, because that’s how we have to handle it whenever he gets on a roll.

Are there official blueprints and cutaways for Babylon 5? 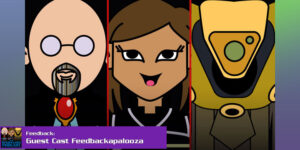 Stay tuned next week for the rest of the feedback from this batch, and the people joining us to review and discuss the novels with us (or for us) should be preparing to step into the on-deck circle!

We celebrate the news that Walter Koenig will finally be receiving his star on the Hollywood Walk of Fame, and the ceremony will be held September 10, 2012. While he’s the last of the original Star Trek cast to get a star, he is the second Babylon 5 cast member to have a star… and curious fans want to know if his star will have a Federation emblem or a Psi Corps emblem on it? 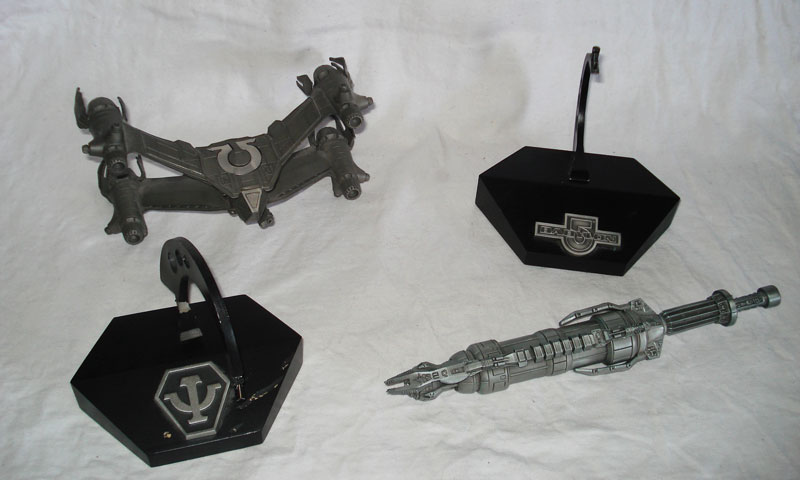 Deep Geeking: This week, both Gary from Jacksonville and Neil from Bowie join Summer and Jeremy to discuss the initial 11-issue run of Babylon 5 comics, published originally by DC Comics, and later collected into graphic novel collections by Titan Books and by DC.

Discussion: Tim, Summer, Jeremy and guest Gary from Jacksonville discuss the plan for talking about the Babylon 5 comics published by DC Comics and by Titan Books. Many issues surrounded the actual creation, writing and publication of the series, and Gary gives us a little bit of that wacky history.