There’s a reason we’re here, now. It’s all because of a television show.

That show awoke us to the possibility that scifi television could be more that we’d experienced prior to that time. It became a shining beacon for a different style of storytelling; a style that appealed to fans of story and imagination, and that confused network executives — leaving it all alone on the airwaves.

It’s why we still talk about the show, 10 years later.

Babylon 5 is that show, that reason.

We’ll be talking about Bablyon 5 — the great, the awful, the silly and the sublime. We hope you’ll enjoy our show.

Tim Callender is the driving force and resident fanboy of “The Babylon Podcast”. After realizing at an early age that he lacked The Right Stuff, Tim turned to science fiction as a means to get into space. In realtime, Tim is the graphic designer for a prominent refrigeration manufacturer. It doesn’t sound too glamorous, but it has allowed him to get his hands in print, web, multimedia, animation and 3D modeling. Now if he can only find someone with a science fiction project who could use his talents…

Summer Brooks is the SF media geek, putting her ninja fact-checker skills to good use in the arcane knowledge of science fiction and fantasy in television and film. In addition to being the producer for the ever-growing number of FarPoint Media audio entertainment projects, she intends to write and produce a kick-ass TV series or miniseries that leaves a mark on people. In addition to knowing way too much about tv, movies and books, Summer is a writer with a handful of publishing credits to her name, a recovering Unix systems administrator, and a part-time web designer. 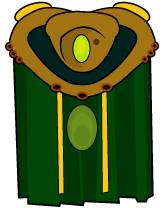 Jeffrey Willerth is the sage behind the scenes, much like our own personal Kosh. He is one of an elite group that had the privilege to work on “Babylon 5” for all five seasons of the show’s production. Further, he remained with Babylonian Productions and Netter Digital Entertainment into the first season of “B5: Crusade”. His versatile talents served him — and the shows — well as a background artist, numerous aliens, humans, stand-in for Bruce Boxleitner and playing the recurring role of Ambassador Kosh. In fact, he portrayed both Vorlons, Kosh and Ulkesh.

Through the fourth and fifth seasons, four TNT movies and the spinoff series, Jeffrey was the show’s Producer’s Associate in addition to his Vorlon roles. He also oversaw the development of the Official Babylon 5 Fan Club and is credited on the B5 CD-ROM, Combat Simulation Game, Dining on B5 Cookbook, Christopher Franke’s B5 Soundtracks and other B5 related merchandise. Additionally, as a contributing writer for the B5 Magazine, Jeffrey’s “Vorlon Perspective” offered fans a behind-the-scenes look at the unsung heroes of the B5 crew.

Since the B5 saga, Jeffrey’s credits include Visual Effects Coordinator on two Miramax films — “I Still Know What You Did Last Summer” and “The Faculty”. He is a Producer with credits on A&E, The History Channel, Animal Planet, PBS, FOX, Discovery, HGTV, SPEED and more.

Concurrently, he is developing new television and multimedia programs for his own production company, Erthbound Entertainment.

“My dog and I are being attacked by a duck...”
— Jeffrey Willerth,  Babylon Podcast #66