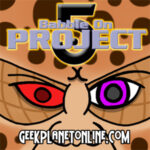 JMS teases the B5 world yet again. WB made a reboot offer, and wanted to make a reboot of the series, but the distribution channel negotiations broke down, thus spiking the remaining shred of hope for anything B5 coming out any time soon.

Here’s the JMS interview: The Babble On Project #12 – Chrysalis/JMS Interview , with hosts Matt Dillon and Gillian Coyle. There’s 3.5 hours of B5 geeking… if that’s not enough to keep Gary busy, I don’t know what else possibly could!

As always, keep your eye on his Twitter feed and jmsnews.com for the latest news on anything JMS is working on.

Deep Geeking: Tim and Summer delve into discussion on “Appearances and Other Deceits”, the final produced episode of Crusade.

This makes Summer cry inside a little bit.

Framing the story around the image consultants sent to design “morale-boosting” uniforms for the crew so their photo ops make everyone else back home feel better, functionality be damned was an interesting angle, and Summer likes this episode because she feels it got right just about everything that “Exogenesis” got wrong.

Tim liked how the episode handled an old Star Trek trope differently than following the typical cliched storyline, but felt the music wasn’t quite up to the dramatic task. 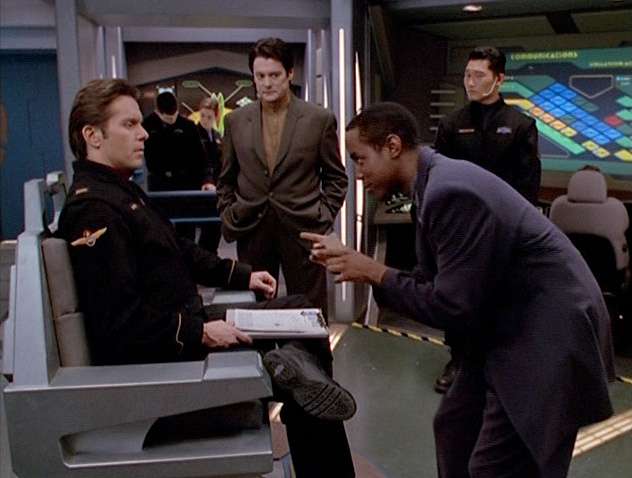 Listener Feedback: August 10 was the 19th anniversary of the start of filming of the pilot episode “The Gathering”. Thank you Jason, for making us all appreciate how long we’ve had the show as part of our lives, and for making some of us feel really old.

Is it possible that something special would appear on the horizon for a 20th or 25th Anniversary of Babylon 5? Would Warner Bros have that kind of foresight at this point?

Phil thanks us for doing the show and the Tucker Smallwood interview, and suggests Christopher Franke as an interview guest. It’s been 6 years and counting of asking, Phil, 6 years of zero response to my emails. Sigh.