And finally, we’ve made it to Season 5 of the podcast, complete with the new season opener for the podcast. Many thanks to Gary for collecting the various clips, and to Tim for editing them together, with Summer finishing off the music cleanup.

Those many clips and happy memories are just a small sampling of all the fun and informative moments we’ve had on this show.

Deep Geeking: Tim, Summer, Jeffrey, and Bret embark on the emotional journey that is “Sleeping In Light”.

Even after 12 years, the emotional impact of Sheridan realizing that his time is up, and that he has to say goodbye to Delenn still stings us. 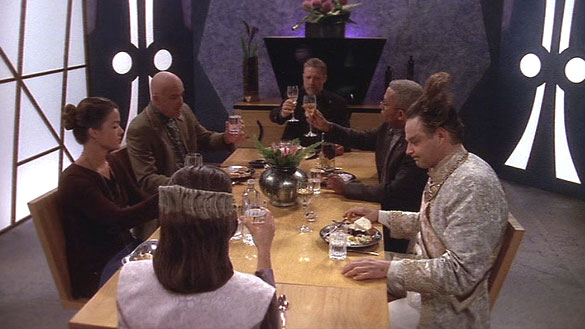 We talk about the character changes that we have to imagine happened during the interim 18 years, the evolution of the friendships that might have occurred over time and over the separation of everyone across the galaxy.

Summer disagrees with Tim and Bret about the reasons behind the uncertainty over whether or not Garibaldi would have made the trip to that final dinner. If that had still been an issue, would they have worked that closely together five years after the end of “Objects at Rest” to create the Excalibur class explorer ships we have in “A Call to Arms”?

The gang also discusses how “Sleeping in Light” stacks up as a series finale compared to other series finales in years and shows gone by, the spots in the episode where the tears will always fall, and the impact the music had. 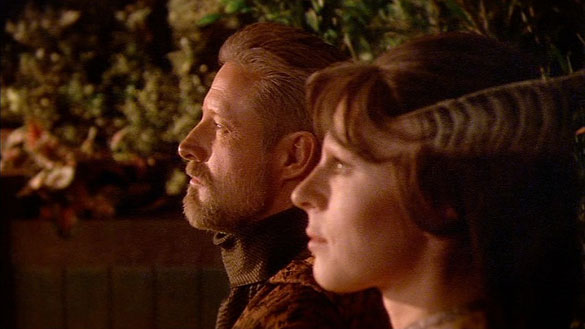