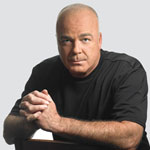 Interview: Jerry Doyle stops by to chat with Tim, Summer, and Bret about his time on Babylon 5 and his memories of working on the series, his new career as a talk show host, his observations on the political and financial state of the country, and his new book Have You Seen My Country Lately? 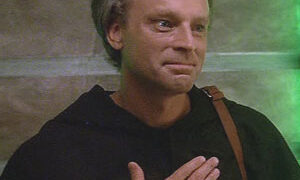 Interview: Tim, Summer and Jeffrey chat with Brad Dourif, his role as Brother Edward in “Passing Through Gethsemane”, and scifi and horror in general.

Brad reminisces about his time on the show, and tells us how much of a fan he was of the show back then, and much more. 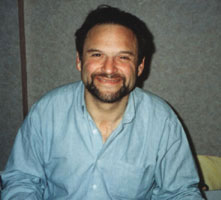 Interview: Stephen Furst joins us to reminisce about directing “The Deconstruction of Falling Stars”… at least, that was the initial plan.

And as we all know, the most entertaining shows always veer off their intended courses… “Babylon 5: The Musical”… ’nuff said!

Stay tuned next week for a super-sized Feedbackapalooza!

Interview: It’s the interview almost everyone has been waiting for. Ed Wasser joins us this week, and he tells us how he thinks that the attraction to Morden comes from the undeniable allure of the mystery and the appeal of the bad guy. We also talk about how he came to Babylon 5, and how his asking for a more dangerous part led to him getting the role of Morden, his fan club and convention visits, and more.

The depth and reach of Morden’s plans definitely affects the entire series, even though he was only on screen for 13 episodes. It’s a testament to the writing and the performances that major characters that only appear from time to time can have such a large impact on the overall series story arc.

Claudia Christian has a new Blog. She will talk about her new upcoming projects, books she’s reading etc. She can write and post right from her computer so there will be lots of updates. You can find it at http://claudia-christian.blogspot.com/ She also has a new print out for the summer. It is one of a […]

Kurt from The ScapeCast recorded Claudia Christian’s panel at this year’s Dragon*Con, and was kind enough to make it available to share with Babylon Podcast listeners.

Interview: Keegan Macintosh (Prince Vintari) joins the Babylon Podcast crew for an interview, “confesses” to listening to the show, and moves straight on to mastering the accent, how he got cast as Vintari, and what David Bowie had to do with it. Interview: Peter Woodward joins an excited B5 crew to talk about his Babylon 5 experience, which all began with his being late for an audition for “A Call to Arms”, and how Galen’s enigmatic nature just *is*.

Maggie Egan’s new website is up and running @ maggieegan.net, thanks to the magical ministrations of our web Wonder Woman, Summer. The site had been inactive since 2002. If any of you out there have old newsletters or other information to fill the gap between then and now, please email them to Summer. Maggie’s not […]

Interview: Bruce Boxleitner joins us to talk about his experiences filming The Lost Tales, and doing promotions for it at the adventure now known as Comic-Con.