Interview: We have found the First Vorlon! Russ Johnson, who wore the glide suit during Season 1, before Jeffrey took over the electraglide harness, joins us to reminisce about the early days on set at Babylon 5, and trying to one up each other for… something smelly?

Russ tells us all about the fun he had as part of Optic Nerve, escapades in both the encounter suit and as the drug-dealing cricket in Down Below, having to repeatedly tell TV fans that he was not the actor who played the Professor on Gilligan’s Island, and more. 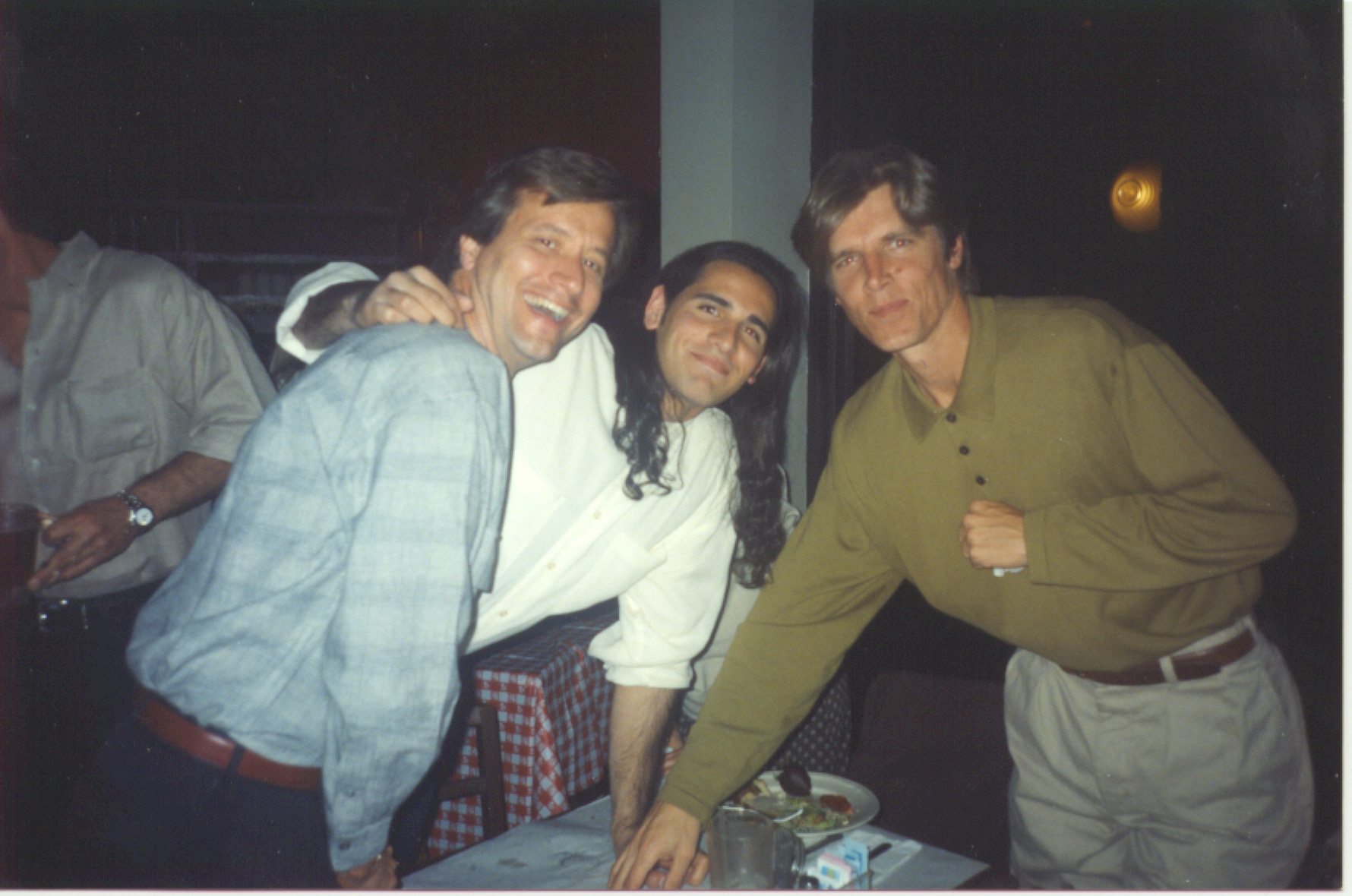 Another, very rare photo from the Vorlon archives. This is Jeffrey, Gabe Lozano (from Optic Nerve), and Ardwight Chamberlain. Collectively, THEY were Kosh.

Interview: This week, George Johnsen, Babylon 5 co-producer (and apparently one of Jeffrey’s cohorts in mischief), at last joins us! We talk to George about the show, including some of the questions sent in by listeners, and the anecdotes and production details are both fascinating and fall-down funny.

Did you know George was also an original Cylon? Summer didn’t, and that just warms her heart. 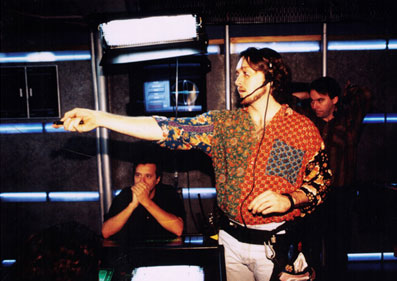 Interview: John Warner, Best Boy and Key Grip on Babylon 5, joins us to talk about his time on set, and making sure everyone’s lit correctly and all the cameras move where they need to, and manipulation of the sets.

So head on down to your nearest production, and if it’s safe to get into the studio, go hug a key grip for all that they do. 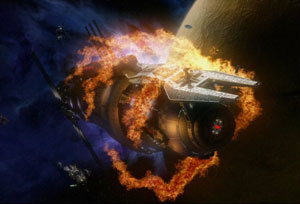 Interview 1: Adam Francis, production assistant during Season 2, joins us to tell us about how far back his fan interest in Babylon 5 extends, some of the running around he did during his tenure on the show, and more.

Interview 2: Acclaimed conceptual artist Tim Earls rejoins us to give us some of the work he did for “The Lost Tales”, mostly storyboarding for all the scenes and visual effects.

Interview: Tim, Summer and Jeff talk with conceptual artist Tim Earls and the work he did on Babylon 5 for several seasons. 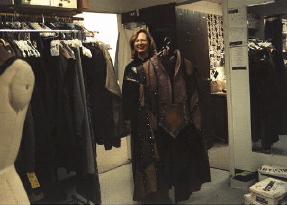 Interview: Tim, Summer and Jeffrey welcome Kim Holly, costume supervisor for the entire series save “The Gathering”. Kim’s work was pivotal in making the look of the uniforms and costumes match up with the creative visions of JMS and Anne Bruice, as well as making them fit all the cast comfortably and colorfully. 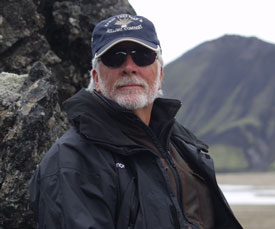 Continuing with our talk with John Copeland, we get his impressions on production costs then and now, we find out about his fascination and appreciation of The Flying Tigers and aviator history, and much more.

After a little bit of Dragon*Con recap discussion, Tim, Summer and Jeffrey have an engaging and entertaining talk with B5 producer John Copeland. 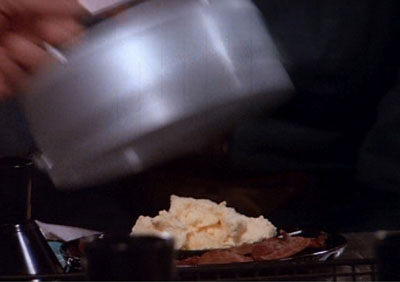 Tim, Summer and Jeff explore the wheels behind the wheels, the true secret success that really kept Babylon 5 running: the food.

Steve “Snackman” Thorpe drops by to tell us all about the food that kept production going.

“Humans and Lawn Ornaments wrapped in 2 million, 500 thousand tons of spinning ceramic, all alone in the night”
— Babylon Podcast #126