Tim and Summer revisit a couple of articles over at io9 that mention Babylon 5, and again wonder what might have transpired if we’d seen a little more of Harriman Gray during the series. 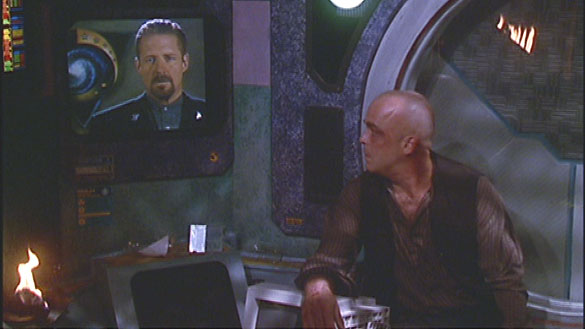 Deep Geeking: Tim and Summer discuss “Phoenix Rising”, and the beginning of the fallout from Byron’s death and the resulting uprising of rogue telepaths against the Psi Corps. The emotional impact of Byron’s death on the free telepaths, and the emotional impact of the manner of the rogues’ death on Bester are apparent, so Summer likes the payoff much better than some elements of the story leading up to the conclusion.

Feedback: Many questions and observations on “The Day of The Dead”, and the questions on whether zombies are dead or undead and how that status would affect the appetite of a hungry Pak’ma’ra.

Promo: Tuning Into SciFi Television
Promo: How To Grow Your Geek