Accomplished actor Edward Woodward, best known for his role on the television series, “The Equalizer” has passed away at the age of 79.

Woodward was British and starred in over 100 TV shows, movie and stage productions during his long and distinguished career.

He is best remembered for his role on the 1980’s series “The Equalizer” where he played a disillusioned spy who offers his services to ordinary people. Woodward received an Emmy nomination for each season he worked on the show.

Babylon 5 fans will remember Woodward’s was also featured in the Crusade episode “The Long Road” as the technomage Alwyn, alongside his son Peter Woodward, series regular who portrayed the enigmatic technomage Galen. 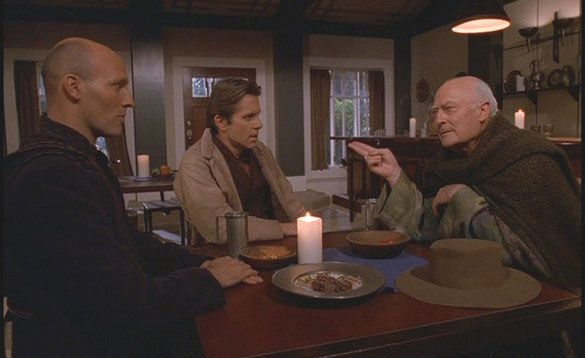