Tim and Summer gush a little bit over what they’ve read so far of “Crusade: What the Hell Happened? Volume 1”. As a huge fan of Crusade and everything it might have been, I foresee a lot of long nights staying up late reading… 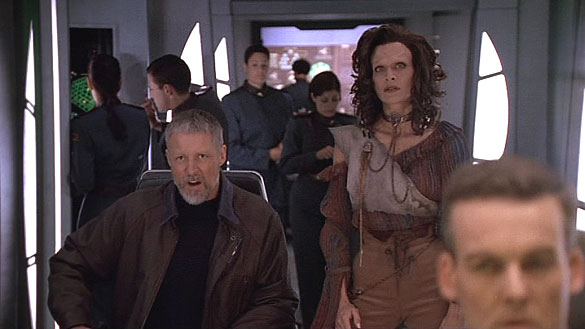 Discussion: Tim and Summer delve into “A Call to Arms”, and amongst other things, talk about how the movie functions as a standalone movie rather than direct pilot for the new series, argue back and forth about some of the character development and interactions, speculate broadly on newly interpreted happenings and how they might have influenced things during later Crusade episodes that we never got, and much more.

Speaking of Crusade, we’re taking feedback on whether or not to discuss the show in TNT broadcast order, or in the JMS preferred story order. There’ll be a poll up later in the week…