Tim gives a shout-out to the Virginia Commonwealth Rams for making it to the Final Four of the NCAA Men’s Basketball Championships, considering that both himself and Stephen Furst are proud alumni.

Summer also has new news from Amy: she’s managed to acquire the G’Kar chest piece to go with the G’kar bust she acquired a couple years ago!

Deep Geeking: Tim and Summer are joined by The Jason Davis and Edmund Boys to discuss “The Path of Sorrows”.

Questions abound because of this episode, about the pasts of our crew, about how many more secrets may have been revealed to us over time, and much more.

Jason talks about how this episode was one of the points of contention between TNT and JMS because it was character building (just not how they asked for it?), and more. 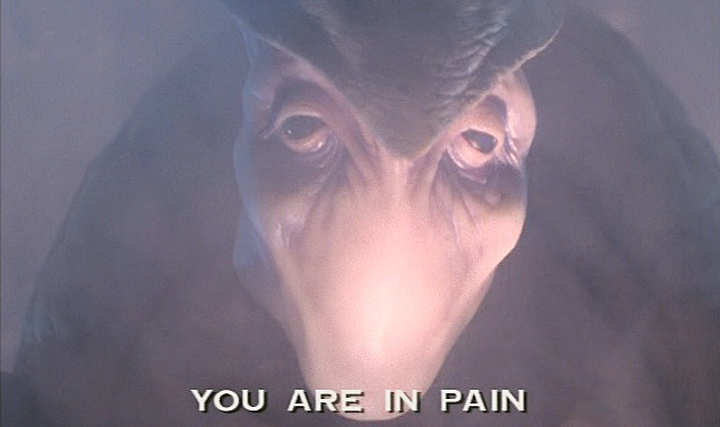 How could character background have been built for the Excalibur crew without relying on historical Babylon 5 facts and incidents? There doesn’t seem to be any possible way, since the past of all these characters was firmly built in the known B5 universe.

Summer also can’t fully put her finger on it, but she has problems wrapping her head around how the power of asbsolution can be bestowed by a third party or uninvolved party. ‘Tis confusing.

Listener Emails: Kevin is dismayed that Summer’s bubbly enthusiam stood ground against Tim’s bile and vitriol towards “Day of the Dead”, and we are waiting for a cool new piece of ammunition against Tim;

And Summer really is working to get Neil Gaiman on the show to talk about “Day of the Dead”… he’s a really busy guy!! (it still breaks my heart that Diana Wynne Jones passed away).