Deep Geeking: Tim and Summer delve into discussion about “GROPOS”, an episode that at first blush seems to be a filler episode, but instead is one that sets up a few threads of unresolved emotional connections to be dealt with later. 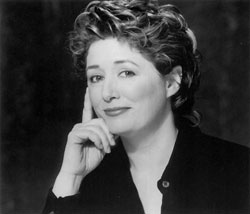 Interview: Tim, Summer and Jeffrey engage in a delightful chat with Maggie Egan, who was the familiar and comforting face of ISN before and after the Clark Administration ran riot over Earth Gov.

Deep Geeking: Tim and Summer move ahead with episode analysis of “The Coming of Shadows”, winner of the 1996 Hugo Award for Best Dramatic Presentation, beating out Apollo 13 and Twelve Monkeys