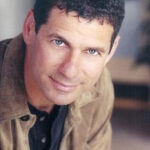 Interview: It’s the interview almost everyone has been waiting for. Ed Wasser joins us this week, and he tells us how he thinks that the attraction to Morden comes from the undeniable allure of the mystery and the appeal of the bad guy. We also talk about how he came to Babylon 5, and how his asking for a more dangerous part led to him getting the role of Morden, his fan club and convention visits, and more.

The depth and reach of Morden’s plans definitely affects the entire series, even though he was only on screen for 13 episodes. It’s a testament to the writing and the performances that major characters that only appear from time to time can have such a large impact on the overall series story arc.

Deep Geeking: Tim and Summer chat about “Rumors, Bargains and Lies”. Everyone on B5’s playing an angle, but who’s really running the game and who’s being played? 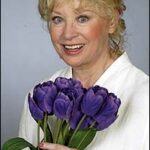 Nettleton is remembered by sci-fi fans as Daggair, the enduring wife of Londo in the highly popular “Babylon 5” television series.

JMS and Warner Bros. have taken the opportunity of THE LOST TALES launch to honor the memories of Andreas Katsulas and Richard Biggs. There are memorial reminiscences included on the DVD, in addition to the special comic mentioned below. In that spirit, I wanted to let everyone know about, or remind them of, the very […] 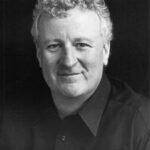 Interview: Tim, Summer and Jeffrey enjoy a lively chat with Peter Jurasik. Peter regales us with tales of auditioning for the role, of the evolution of the Centauri hair styling, the costuming and more. He also shares his memories of Andreas’ performances as G’Kar, and the in-costume smoke breaks, and the fun he had in seeing Londo’s prosthetic genitalia paraded around the set for comment and feedback. 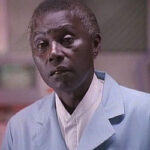 Jeffrey, Tim and Summer talk with Patricia Tallman and John Radulovic about their memories of acclaimed actor Johnny Sekka, who portrayed Dr Benjamin Kyle in “The Gathering”, and who passed away on September 14th.

Tim and Summer’s episode discussion this week is about “Babylon Squared”.

Tim and Summer find themselves flying without Jeffrey, and Sandra Bruckner joins them for a chat.

Sandra runs the indepth and informative online resource ISN News: The Zocalo Today, currently keeping Babylon 5 fans updated on where their favorite B5 cast and crew members can be found in current projects. 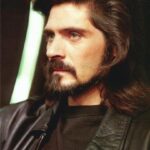 Interview: Tim, Summer, and Jeffrey jump into an energetic and entertaining chat with Jason Carter, who brought an extra measure of heart and soul to Babylon 5 with his portrayal of Marcus Cole, the determined but haunted Ranger.

Jason reminisces about how he got to the show, and recounts memories of his good friend, the late Richard Biggs. 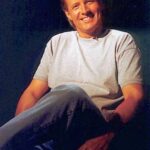 Bruce Boxleitner joins us this week to talk about how it was for him to step into a major role in an already established series, plus his recollections of the series, and of dear friends now passed on.

Next, after a tangent into formulaic Vorlon spinoff possibilities, Tim, Summer and Jeffrey talk about “Soul Hunter”. Jeffrey raises concerns as to why there was no Vorlon in this episode.