Patricia Tallman asked us to ask you, the Babylon Podcast listeners and Babylon 5 fans, one question: What are your favorite Lyta episodes?

Here’s your chance to answer that question for her!

Lennier has a message for dear Tim (and Bret?) about “Day of the Dead”: Thanks to Tom from Maine for his artistic endeavors. Be sure to check out the other images in his Babylon 5 Action Figures Gallery

All this time I had been wondering about the lack of Babylon 5 chatter on Twitter, until about a month ago, when I changed my search filter to use “Babylon 5” instead of “B5” — wow, talk about a major difference! Some days there were as many as 100 mentions!

So why don’t these people know we’re here?

Well, jms was true to his word about an April announcement. This was posted on jms’ facebook page this morning. Whoo hoo! J. Michael Straczynski Appropos of today: I know many have been waiting for the announcement of the Big News promised for April. In terms of planning, I never really sat down and mapped […] 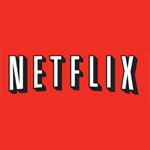 None of the movies, including The Gathering, are on streaming yet, neither is Crusade. 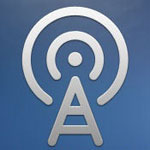 Well, it’s not all about Babylon 5, but it’s fun, nonetheless.

In the most recent episode of the SF Signal Podcast, Patrick Hester and Tobias Buckell veer off into a STTNG/B5 discussion.

Our good friends over at SF Signal have weighed in on one of the Great Debates: TV Genre Show Smackdown: DS9 vs. Babylon 5

Feel free to add your opinions at your leisure, and play nice! 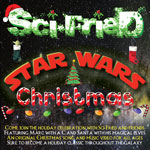 Our good friends Sci-Fried have come out with a new Christmas song, and they’ve made it a free download for your geek enjoyment this holiday season, and for many more to come!

Let the wild speculations about what the next B5 project will be, when it will happen, and if it will truly get into production!